When you look at the currencies of Europe, you’re going to find that one of the many options is that of the Euro. This is a currency that was established to combine several currencies through international monetary funding. It first started to be used in the mid-1990s, and the official name became valid in December of 1995. It has been compared to the United States Dollar in terms of strength. Before this, the European Currency Unit was the main banknote, but it was changed, and only physical euro options are in circulation. This is the operating currency for several countries. To be exact, 19 of the 29 European Union countries use the Euro as the main resource for currency. This includes several bigger countries like Spain, France, Germany, The Netherlands, Portugal, and Belgium just to name a few.

The basic characteristic of this currency is regarded in values of 100. Much the same as the United States Dollar, there are 100 cents that go into 1 Euro. The major coins that are issued run from 1,2, 10, 20, 50, cent coins and 2 and 1 Euro coins. As for the banknote in paper, you’ll find that the notes issued include 500, 200, 100, 50, 20, 10, 5 and each one has a colorful array, with unique designs that feature a great deal of characteristics, making it difficult to counterfeit. Commemorative releases are put out from time to time, including the famed 2004 Summer Olympic option that was put out by Greece. Digital elements are united across domestic trading across the countries, uniting the Euro on a digital scale, as well as ATM transactions, credit, and similar transactions.

How Much In Circulation

Circulation of the Euro is massive, and is second only to the United States Dollar. As far as a reserve currency it’s currently ranked #2 overall right behind the United State currency. It has remained strong through the 1990s and is currently quite strong compared to several other currencies from around the world. At press time, the ratio is 1:1.14 compared to the USD overall. Circulation is wide, and many people take advantage of investing in this option as it is quite strong across many countries. 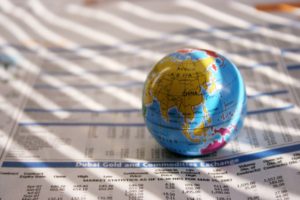 Tourists seeking to visit the European union will find that conversion rates between several countries is not necessary. As stated above, 29 European countries use this currency, making it easier to manage tourism overall. Economists are divided in regards to establishing an international reserve currency, but nothing has been settled in that discussion or debate.

Many people invest in the currency as it has increased over time. In fact, some analysts have seen increases of upwards of 5% overall since introduced, and upwards of 20% overall through the first few years of trading within the FDI stock market. Paired against others in the FOREX marketplace and European stock exchange, you’ll find that many invest in the physical currency overall. It also looks nice compared to others around the world. There’s a lot of information that goes into the Euro overall, making condensing it all quite the task. However, compared to other first world countries, you’ll find the Euro is quite strong overall.